Once upon a time Ironically and his good friend tortur3 where playing a game of Heroes of Newerth.The story begins unfortunately when the fabled brown player of 1740 MMR tortur3 runs into an unfortunate situation where the rare event of him being blood-lusted occurred, any of Ironically's dire attempts to stop this ended up peril. 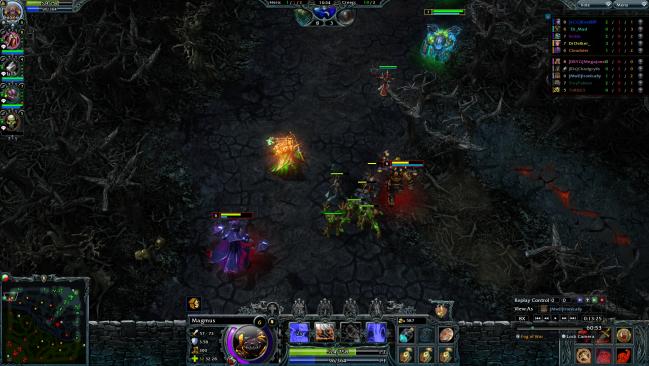 Further on into the game, things starting to not look so bright. The fabled tortur3, GR staff moderator managed the score of 0-5, where the game announcer humorously announced that he was being "completely owned". To add to our problems the mighty grey warrior had disconnected due to an outburst of angst. Things where not looking good.

A small glimmer of hope seemed to arise. Due to Parasite's devious schemes and what one could only refer to as big plays from Ironically playing magmus, a warrior of fire and volcanism, racking up scores of 5-0 and 3-1-5 respectively. 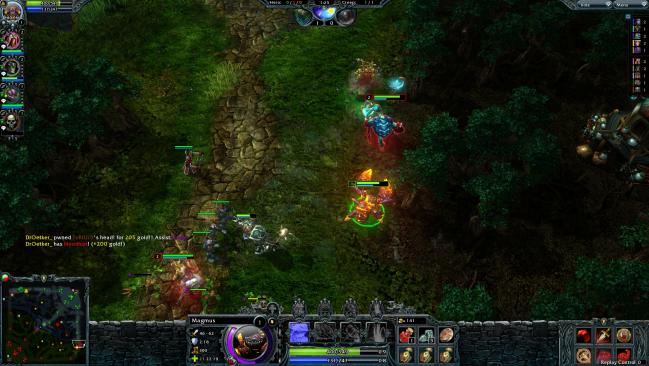 This small glimmer of hope quickly dwindled as it was identified that Parasite had purchased an Assassin's Shroud, shortly after falling into a mass of enemies. 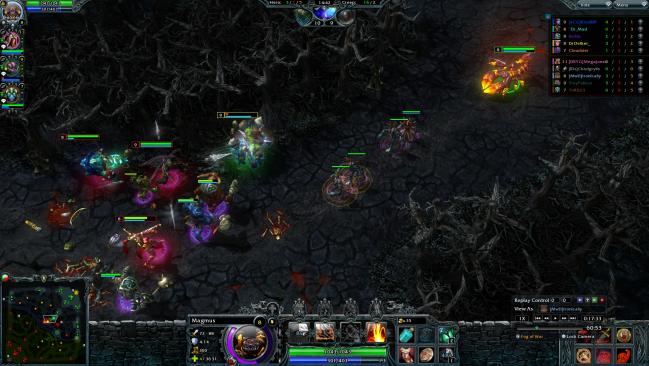 In such agony and fear where the players, hell bringer, played by tortur3 actually propositioned a bet that it was impossible to win. This shows the real loss of all will power and spirit on the Hellbourne team. 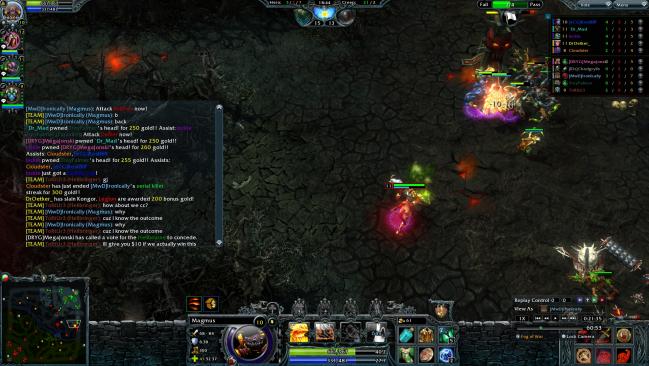 Too all astonishment, progress was made as the Blue player of team legion, often regarded as the best player or leader was slain. 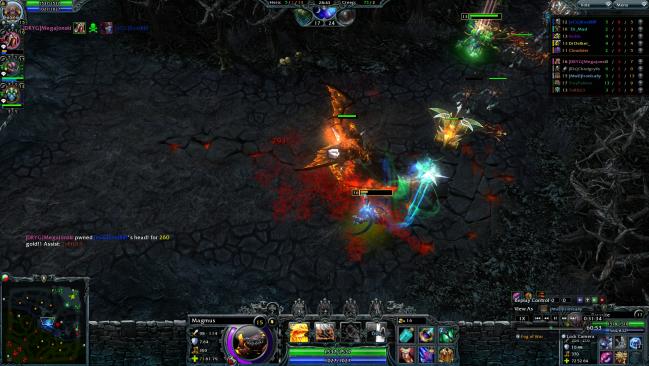 With great assistance by the mighty magmus awesomenes was achieved. The Parasite had been given the honourary name of "Champion of Newerth" a mighty feat all they players where in awe by. 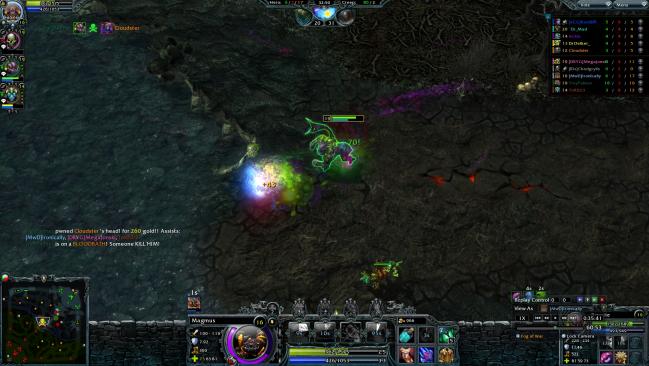 Overwhelmed by this accomplishment, and with a little anger of his own, the blue player on Silhouette said Ta-Ta and joined plague in leaving Newerth, much to the avail of the Hellbourne team. 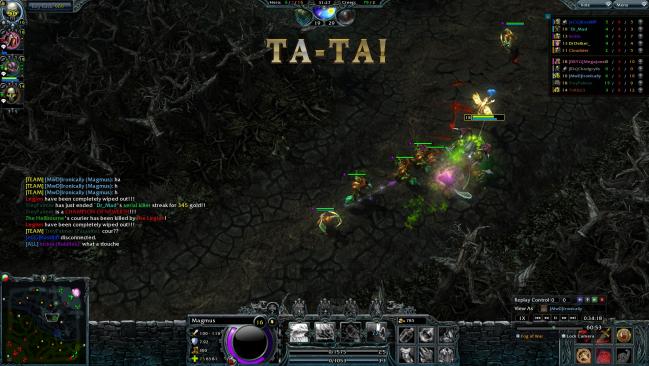 The king dethroned, next in line was the teal player. This proved the final challenge for team Hellbourne. Farming an immensely high 491 gold / minute, Amun Ra was Legion's commander in Chief. 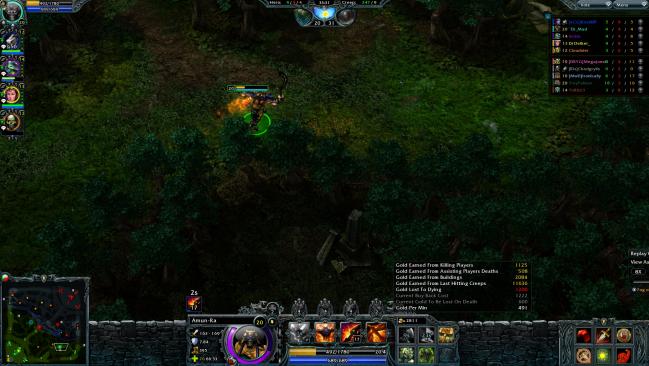 The Hellbourne could not fall at the final hurdle, with pickups of the fabled items Sheepstick and Restoration Stone magmus was finally able to put to rest this mighty boss of Legion. 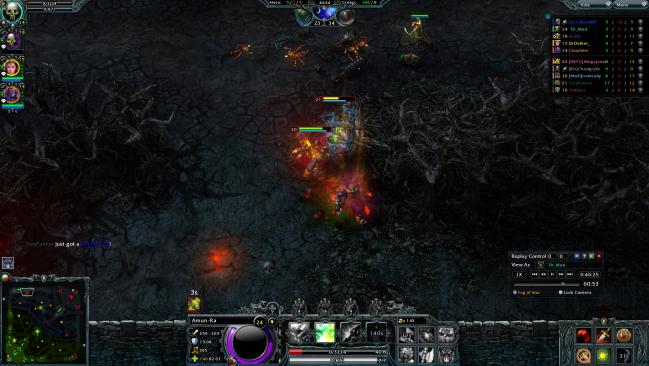 Hellbourne arose victorious, due to great courage and strength. The day will never be forgotten. 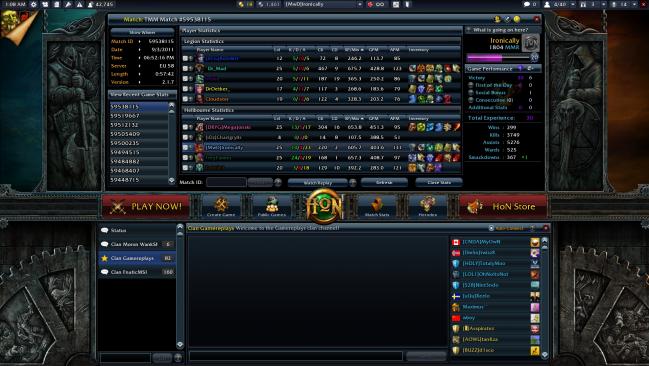 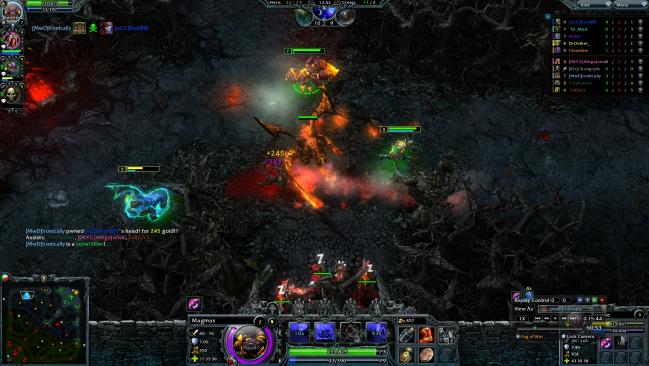 Posts in this topic