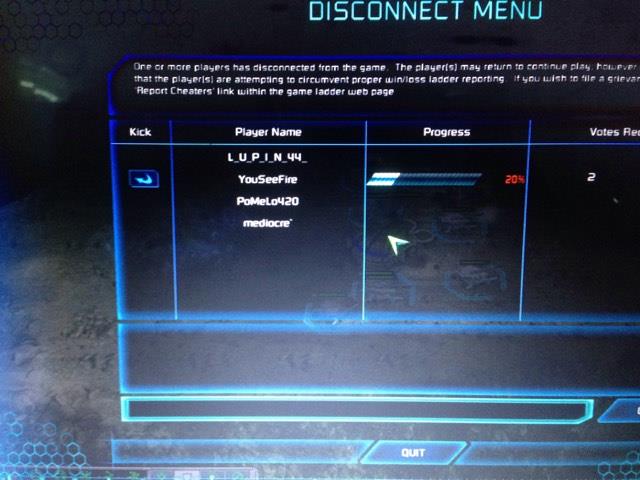 srry this is the replay

Hello Police/AK. Thank you for reporting and sorry for the delay.

You were playing on Redzone Rampage. You (GDI, Right, Top) have decided to quickly attack your opponent, mediocre`(Scrin, Right, Down), doing classic Predator&WF Rush into his base. Same thing did your teammate, PoMeLo420 (GDI, Left, Top) versus his enemy, YouSeeFire (GDI, Left, Down). You successfully managed to defeat mediocre without big problems, but your mate, however, was in a bit of a troubles. Happily, You've helped him and everything was about to end, but YouSeeFire suddenly lost his internet connection. It has happened while the result of the match up was completely decided, which makes your report Valid. With that said, I've decided to make a ladder point adjustment.

Disconnect Valid! and thank you for reporting again.